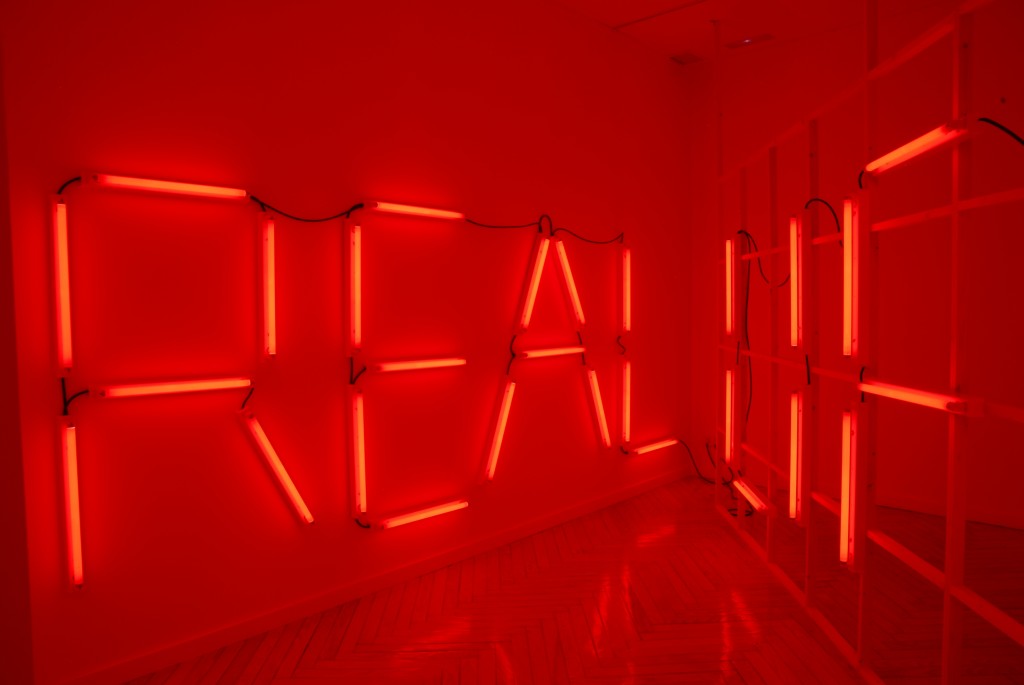 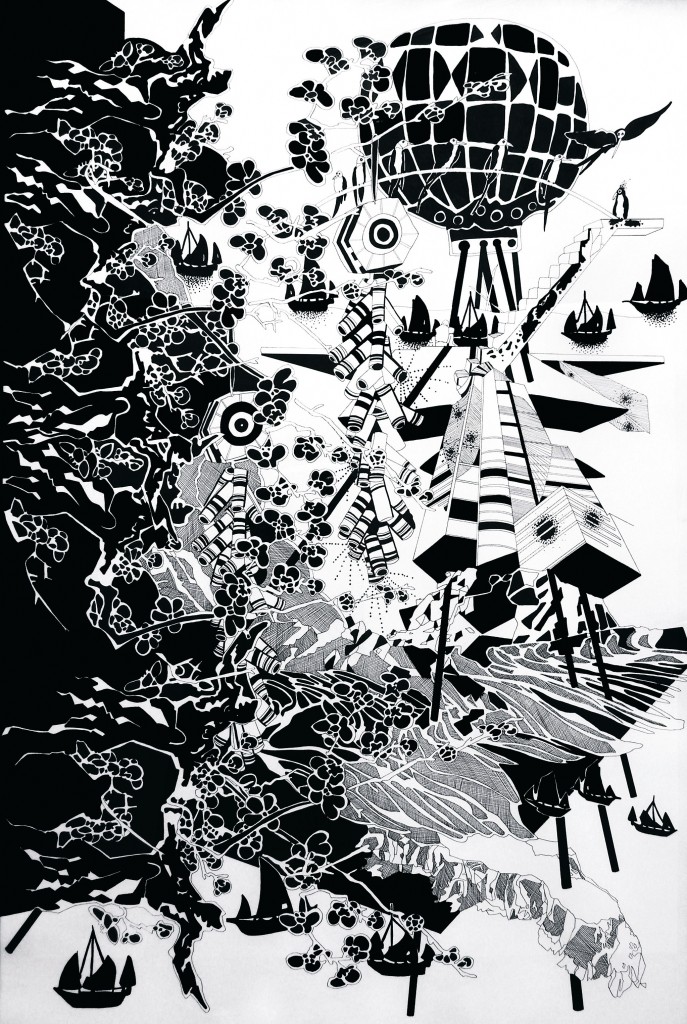 My drawings are trying to explore times of passages from one world to another. Their starting points are architecture and city, urban environment of the 21st century faces Nature. Mechanization and industry have caused enormous complications in the world. My work demonstrates modestly this universe, its chaotic communication and its modern evolutions in several speeds like it’s happening in North Africa today. For example, Morocco: on the streets 4 / 4 and mules. In the out skirts of cities, palaces and shanty town. In hotels and riads we can found pools, while rural areas suffer from the drought. And to, in this country, we can found a great opening on the world.

I am still passionate for all that nature could offer us; I always read and fuelled my dreams of discovery. I am looking for anything. My world, I call them The Kingdom of opposites, I probe them like a free sailor. I think that sedentary or nomad, the artist is everywhere and never here at a time, above all, he is really both inside and outside itself.

When I was a child, the socio political western context made me understand, that as child of immigrants and that as woman (in the east as in the west), it was better, for the rest of my life, to make something which pleases me. After studying history and art history and in front of the hostile social situation in France of 2000, I decided to marry to the art, space of freedom and pleasure. This is my personal archaeology. Today, my drawings are graphic compositions combining different architectural elements (columns, arches and walls) with different pattern of urban geographies, landscapes, scenes of lives… Union in 2D graphic of samples, seen under various angles, from Asia, European cities and North Africa in which I travel. This is like a drawing partition. I want my work to accompany the history of the world using the ancestral technology, and spontaneous since prehistoric times: the drawing. Finally I often define myself as a storyteller of contemporary fable. I draw on the floor, on the wall, on the wood or the paper. No border line for my drawings. 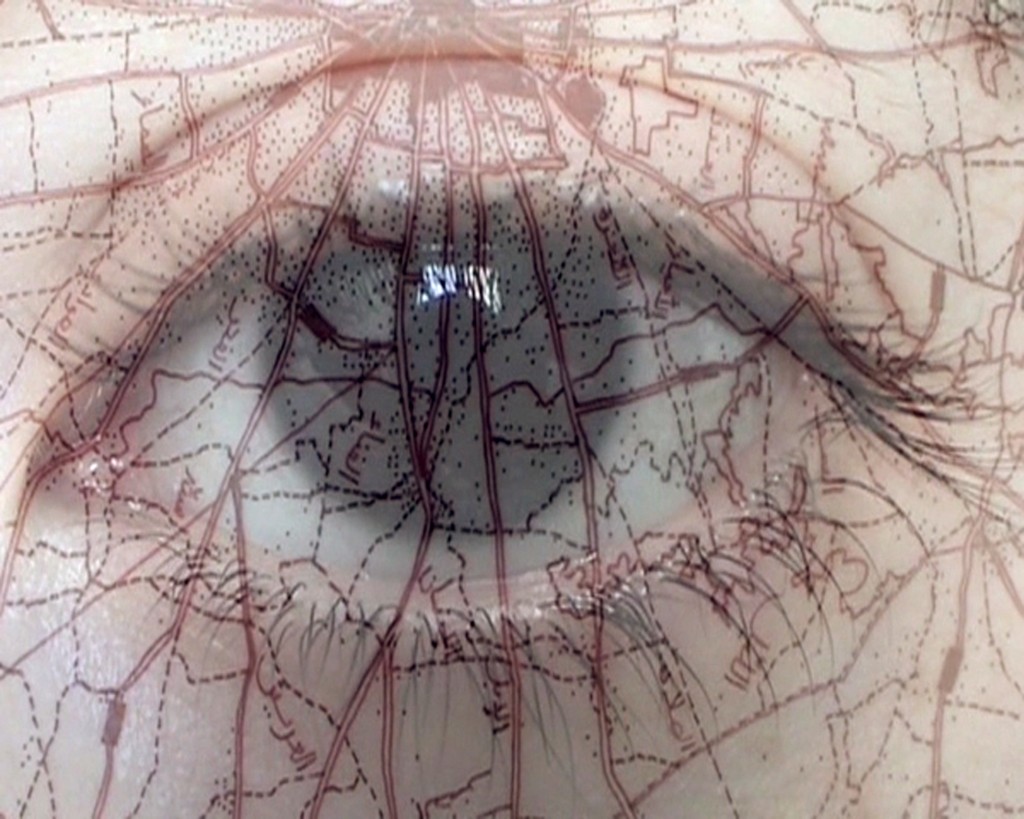 The video Myopia question the uncertainty of the glance against the habituation of the vision and the generally accepted ideas by putting except out-fields what could be a human being.

The video raises the problem of imperceptible reference mark of the identity. The glance can not see below. A map of a complex urban place sticks to the retina, creating an imaginary border. The disability of the glance reflects the fragility of beings in front of the imperium of the customs.

My work is built up of successive layers. This piece is the necessary extension of my thoughts on the space of the Mediterranean. Thus, Lancer une pierre acts as a metaphorical divide through my practice. A curtain wall presents the visible trace of a stone being thrown in what is a residual and diegetic act; like a gesture towards this liquid wall that stands for the Mediterranean. Has not everybody at one time thrown a stone so as to set the world vibrating? Or at least its image, so as to reactivate a tangible link with what remains of the real… It is then, within a closed-circuit space, between image and sound, between construction and deconstruction, between the submerged and the emerged, where, despite everything, there coexist two shorelines and a few people throwing a stone into a place whence something is missing. Thus a gesture appears that is anchored in the paradoxical borderland between the intimate and the extimate, between the poetical and the political; but still, it is an action perfectly balanced in its imbalance, in stasis, so as to make reality totter and perhaps even touch on a truth.

A truth that springs from a constantly reopened lack and from a history that is fragmenting. But also from a relationship made possible with a place, with Algeria, through a sedimentation of images thrown up by the sea. Finally, from that fact, the idea is that this act should seem overburdened with intention. But what I’m actually looking for is just that incident which retreats before the account of an experience inherent in the unmediated relationship between the world and its image. All that remains is a piece that imposes the cycle of a direct connection to reality so as to inherit from it its own land. A land that would give body to absence; but how can this body emerge from it? 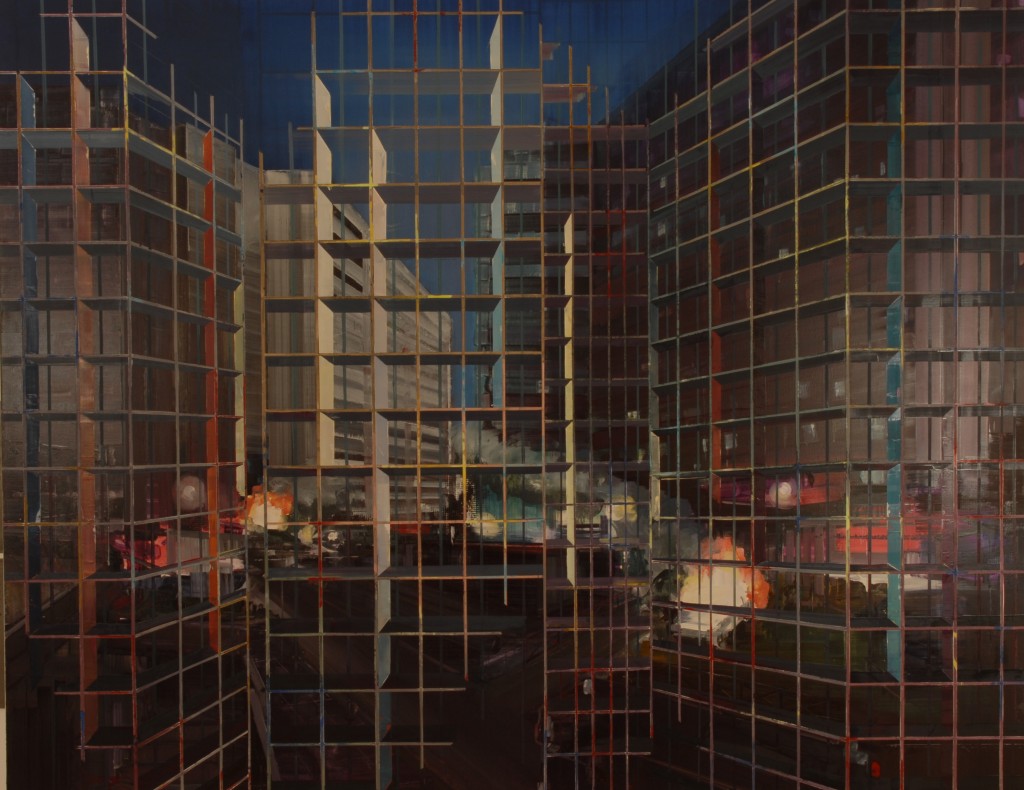 In the last eight years I have been painting urban landscapes collaged from elements like high rise housing blocks, streets and parking lots, playgrounds and small green spaces – all to be found in metropolitan suburbs worldwide. In my paintings I am interested in developing a universally readable image language from these elements, the light and atmosphere of the urban landscape.

Lueurs pour la nuit is a work showing a dusk cityscape with some bright lights, which emerge from different sources to illuminate the nightly cityscape – whether they stem from streetlights, or may be something burning. Light as such in dark surroundings always seems to me connected to the notion of hope.

More recently I have been interested in other types of urban elements – in Underground Path they are tiled passageways as in subway systems which may convey the claustrophic and scary atmosphere of blocked escape routes.