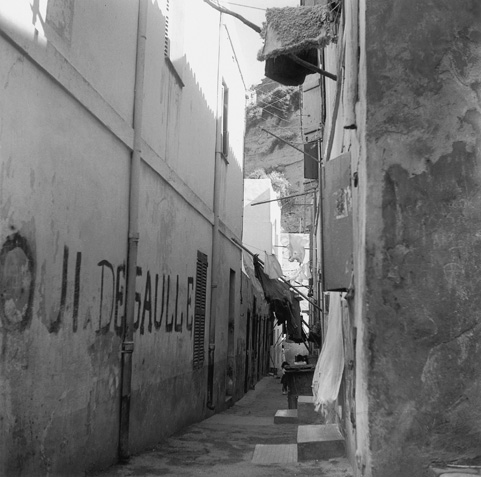 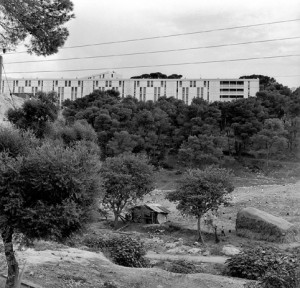 How do texts and photos complement each other in this exhibition? What do you think is the role of each support here?

“You see what you know”: in simple words this may describe how the texts in the exhibition are meant complement the photographs. As we started to work with the archive of photographs by Pierre Bourdieu it was clear that these images were to be seen in the context of his extensive studies and writings on Algeria under the conditions of the war of liberation.

Thus, if we wish to avoid an ahistorical aesthetic purism in the understanding of the photographs, we must not ignore their context-specific social significance and political dimension. These photographs were already “framed” and dated because of the conditions in which they were made.

Bourdieu’s studies and publications on Algeria – from which the texts in the exhibitions are coming – have allowed us to read his photographs in their context. This was important for the form and structure of the presentation of the photographs in the format of an exhibition and the accompanying publication.

This form of “essayistic installation”, we hope, will allow the viewer to become acquainted with the critical thinking and reflectivity of its author, and to gain access to this impressive political, ethnological and sociological work into which the photographs are embedded.

What kind of characters live in Bordieu’s photographs?

The different chapters of the exhibition confront us with the people in which Bourdieu was interested: Peasants without land (Paysans déracinés); deported by thousands to the Centres de regroupement (Resettlement Camps); people damned to inactivity or stranded in the cities; families whose status is threatening to break up, subsisting under miserable conditions; the poverty of the unemployed and the uprooted millions.

What interested him most was the “Economy of poverty”, where in the apparent disorder of the slums he tries to describe the complex life of peddlers, beggars and street vendors. He tries to understand the inherent logic of an economy, that offers a lot of people a minimum with which to survive and, above all, that could offer a social survival – i.e. to escape the shame for a self-respecting man of doing nothing for the survival of his family.

In his own words “photography is interwoven with the relationship that I have had to my subject at any particular time, and not for a moment did I forget that my subject is people, human beings whom I have encountered from a perspective that ­ – at the risk of sounding ridiculous – I would refer to as caring, and often as moved.” 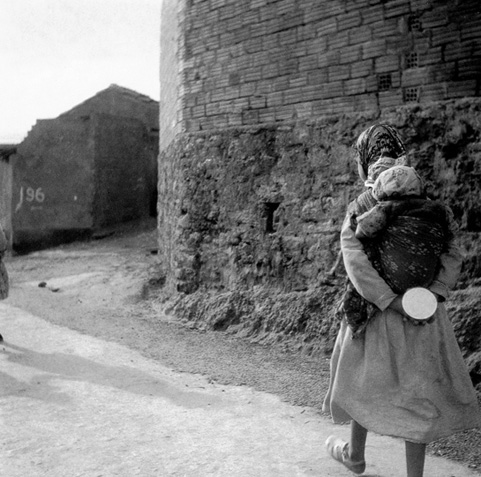 Do you think Bourdieu understood the photography as a mean to observe the reality or maybe he took this technique as a way of participation of himself?

Both these aspects are important: observation, study and collecting facts in his photographs allow Bourdieu to observe details that went unnoticed in the situation of an encounter.

But he also affirms that photography offers him the chance to personally get in touch with the people whose situation he wishes to understand, to describe and to make understandable. Photography is a way of paying respect to them, of showing that he is interested in what they have lived and have to tell.

Photography, as he says, “is an expression of the distance of the observer, who records and never forgets that he is recording” but at the same time “photography also assumes familiarity, attention and sensitivity to even the least perceptible details”.

Bourdieu states that he was not satisfied to bear witness to the situation in the manner of a “good reporter”, but wanted “to work out the logic and transhistorical effects” of the resettlements of large parts of the rural population.

What was the function of the photos he took on these days in relation with his subsequent studies?

Bourdieu collected the photographs as a reference archive for his work. He had decided to not keep all the photographs, and many others have been lost in the course of the years. Only very few of the photographs have been used for book covers (e.g. for Le Déracinement; Travail et travailleurs en Algérie; Le Sens pratique), a small numbers to illustrate articles in journals.

In many of his publications Bourdieu made reference to his Algerian experience: e.g. in La Domination masculine, where he ties his analysis of the relation of the genders back to the social structure of the kabyle family.

In the foreword of his central study Le Sens pratique (published 1978, 20 years after his study of the kabyle house) he refers to his study of the ritual and the change of perspective on it over the years, taking into account that he had been able to take photographs in the traditional family homes only because the French army had destroyed the roofs in order to force the people to leave their houses, thus also reflecting on the obvious absurdity of his scientific studies in the situation of war. 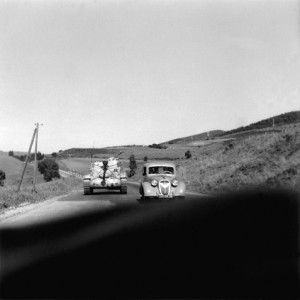 I’ve read that Bordieu used the term “social laboratory” to call Argelia. Could you explain us this idea?

For the sociologist, the dramatic re-shaping of the Algerian society during colonisation and the war of liberation offered a broad field for observing and analysing social change. What becomes of a society when it sees that all social rules that have been valid for generations are inconsistent with a new mode of economic commerce and social order? What forms of suffering and poverty are the result of this state of social uprooting and loss of order?

Bourdieu states: “In view of the dramatic situation in Algeria, I wanted to make myself useful and decided to undertake a study on Algerian society, in order to make a bit clearer to people back home what was happening in this country. I wanted to testify what was going on before my eyes.”

How does Bordieu approach to the term “uprooting”? How do you think he tried to influence tradicional cultures?

Bourdieu and his Algerian students (who carried out the field work with him) were concerned with two crisis moments: first, colonial land expropriations that forced thousands of peasants to migrate to urban centres or to France (since 1880); and second, French wartime resettlement policies that relocated millions of people to government camps.

It is with the term of “uprooting” (déracinement) that they described this crisis in traditional economic and social life, resulting in a social situation of “complete disaggregation” that transformed peasants in paupers, led to almost total disappearance of agricultural resources and the collapse of traditions of solidarity.

I do not think that Bourdieu intended to influence traditional culture, but instead aimed at the rehabilitation of the traditional value system, and insisted in the validity and rationality of traditional economic and social rules as opposed to the Western model, which was (and still is) imagined as the only acceptable form of social and economic organization. 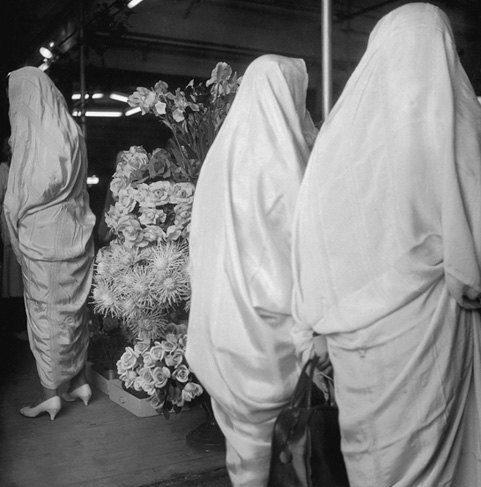 Is it suitable to say that Bordieu’s fieldwork in Argelia supported his subsequent notoriety in Social Sciences?

This is absolutely the case. Bourdieu refers to his works on Algeria as his “earliest and most current work”, these image and texts allow an insight into the status nascendi of Bourdieu’s sociology in all its elementary forms and contents.

All fundamental subjects of Bourdieu’s sociology are already present in this early stage: He analyzes the symbolic orders of society, relations of domination between the genders, generations and social classes: Questions that are equally key issues in his most recent writings.

He came to Algeria trained as a philosopher, and returned as a sociologist. He speaks of this experience as a true “conversion”, a conversion to which also photography contributed to a great deal: “Engaging in photography … definitely contributed a great deal to this change of perspective, which presupposed a veritable conversion of my senses.”

What do you think is the influence of Bordieu’s studies on today’s society?

The photographs that Pierre Bourdieu took in the course of his research work allow us to understand his view of a social world, which was affected by the violent introduction of foreign economic principles and by the growing economic and social precarity of wide sections of the population, and their geographical and cultural uprootedness.

Looking at the global social and economic situation of today, we may observe many parallels, and we can make use of the instruments of analysis and of the reflectivity of Bourdieu in our task to understand and confront the current crisis.