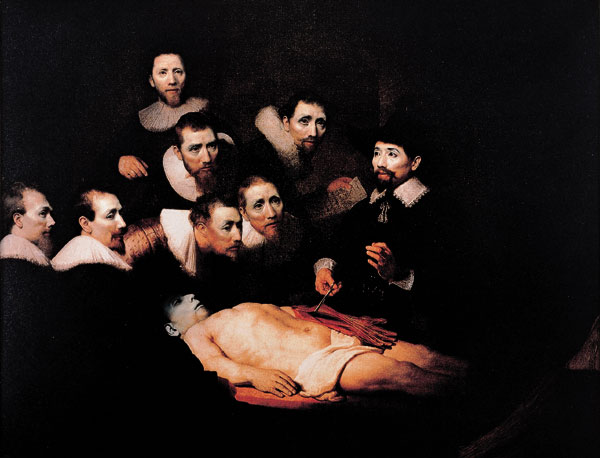 Since the 19th century, there has been a reciprocal influence between east and west in art. How do you think this influence has been materialized in contemporary art?

Culture can not grow alone, it can only be activated by meeting with other cultures. The Edo era in Japan is known for being closed to the outside. However, we can see the influence of western culture in Japanese culture as an undercurrent. For example, Ukiyo-e is thought to oppose western painting with its perspective when, in fact, Ukiyo-e painters have alwayas been interested in it, and have tried to apply its techniques, including perspective, to their works.

During the second half of the 20th century, in Japan, there was a fast absorption of a new pollitical, cultural and economic model: occidental capitalism. How does this context, where you grew up, influenced you, and how have you catalyzed it in your work?

I was born in 1951. In this time, everything that had been denied before WWII came through. I grew up in a post-war culture, with an education based on democracy that included western art history. A big student movement aroused when I was on my twenties, and I was also influenced by some left-winged idiologies. Though I do not regret those things, I feel like I should look back and consider the education I received during my youth, as well the sensibility it made me develop. This looking back mentality is strongly linked to my current Requiem series.

You have been often linked with other artists enshrined in appropriation art, as Cindy Sherman. What do you think about it? Could you explain us your point of view about this artistic trend?

All expressions have their contemporaneousness. Many artists apart from Cindy Sherman work with appropriation or quotation. I think this is the contemporarity that happens all over the world at the same time. However, I do not regard my work as appropriation art. My work is “painting on photography” and “photography on photography”. It is closer to Cezanne’s attitide whith his studies of the natural landscape. Cezanne looked at landscapes as I look at history of art or the 20th century. The theme may be different, but the attitude is the same as Cezanne’s.

What is the function of your presence in your work? Which of these concepts are more suitable to define this position: “actor”, “artist” or “performer”?

I am neither actor nor a performer. I am closer to being painter, who stands in front of the canvas, meditating how to make a good work. Therefore, I regard myself as a classical artist or, to be precise, I try in vain to be a classical artist in a contemporary world that does not allow it.

How would you define the iconic in your work? What are the connections between your art and tradiotional Japanese art? As I understand it, this tradicional art refers to the things which remain (the mountain) and the others which flow (the water). When referring to your work, is it correct to state that it is the icon which remains stopped? In this case, which element is supposed to flow?

If we define mountains as the things that stay (or as memory) and water as the things that keep going on (or as formation), my work stays in the world where they meet. Icons of the past like Marilyn Monroe or Guevara are things that remain and will remain in the memory, although they still remain in the past. However, I am living in a world that keeps moving. What I would like to convey is the sprit of a contemporary landscape painting where mountains and water are depicted in the same painting.

The gender transformism in your work has been related with the Japanese kabuki theater, in which onnagatha are male actors who impersonate women. Is it adequate to use this parallelism?

There is no direct relation with kabuki. Although I am interested in it, I never had a deep experience with it nor was I an enthusiastic fan during my childhood. My expression is based on my own life experiences as a Japanese citizen, and is not strongly related with Japanese tradition. One of the interests which I like to express in my work is to try and amplify the aspects of multiple identities, which every man would have. 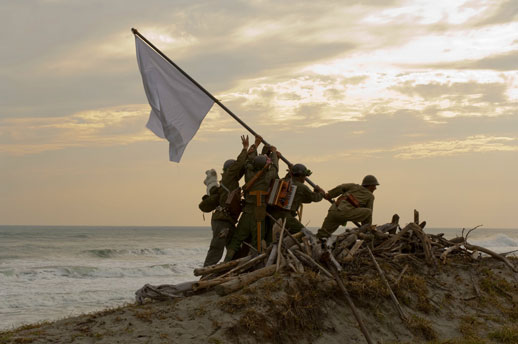 The 14th december some of your video works were shown at the Cine Estudio. A Requiem: Laugh at the Dictador, a reinterpretation of The great dictator; Three films for Kazuo Ohno’s La argentinita, an homage to the legendary dancer, and Gift of sea: raising a flag on the summit of the battlefield, a gaze at those artists who reflect the spirit of the 20th century. Could you speak about them?

The first one, Laugh at the dictator, and the last one, Gift of sea, are from the same series, in which I am reconsidering what was the 20th century. I picked up three important subjects that shaped the 20th century (as far as I think): The Russian revolution, fascism and America. I look at these themes from my point of view in the 21st century. The second work is an homage to Kazuo Ohno, a famous Japanese Butoh dancer who represents the 20th century in Japan. It is a version of Japanese culture, of the same Requiem for the 20th century  theme on which I have been working.

Finally, could you tell us about your current work? What are your next projects?

I have several projects going on. I would like to go further with the self-portraits on which I have been working. I would like to study these self-portraits by other painters through my own self-portraits. Regarding this theme, I am highly interested in “Las Meninas” by Velázquez, in which he apears. I made two works in 1990, on “Princess Margherita”, and since then, I always keep thinking about making my own work around “Las Meninas”. It will be very challenging, but I am now ready to spend several years working on this theme.